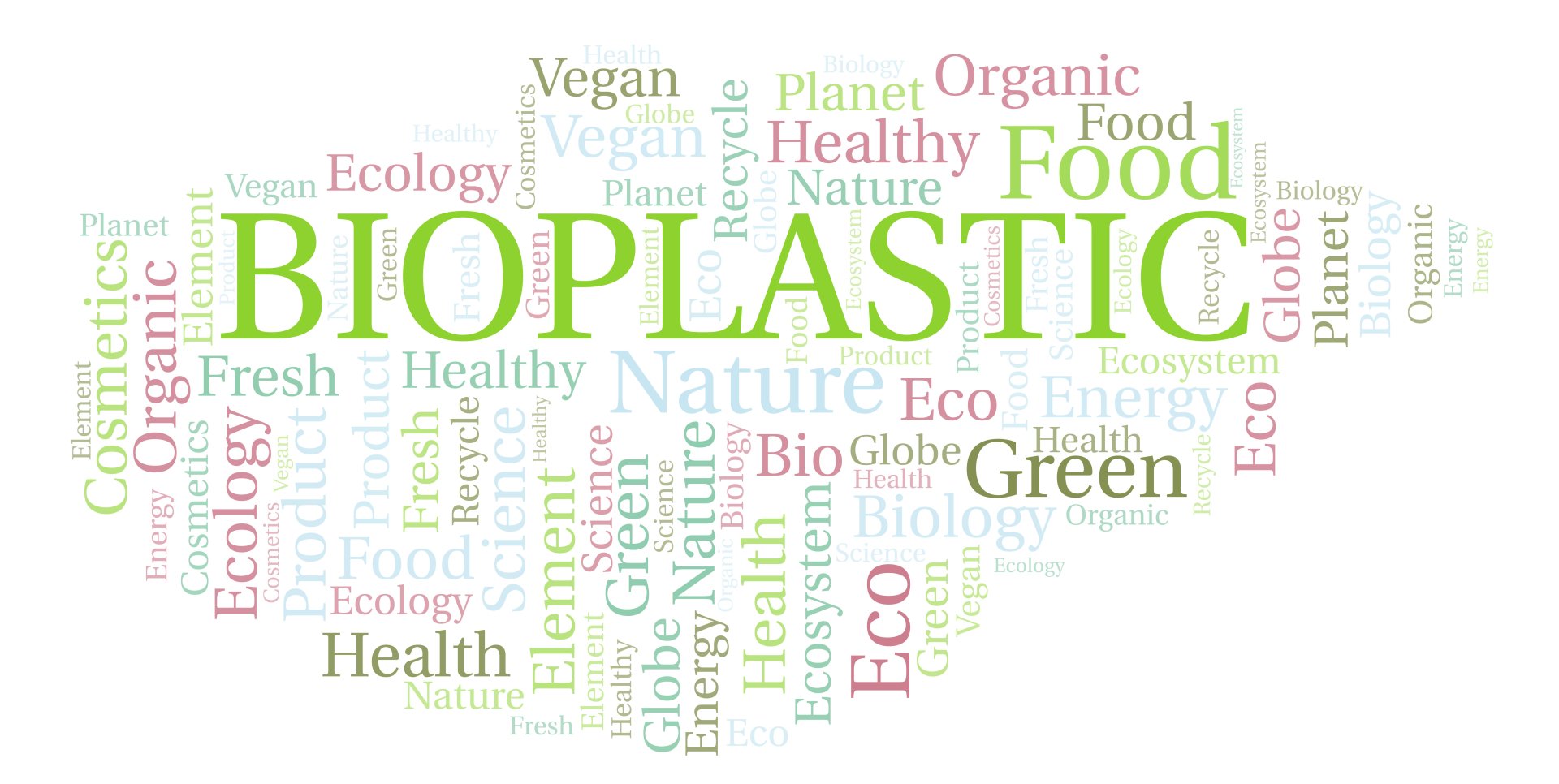 Anaerobic digestion is often used to create value from agricultural waste in the form of methane-containing biogas. New processes are being explored that produce more valuable products instead of biogas from these waste flow. A promising process is the production of biodegradable plastics. In this process, the trick is to have as many bioplastic-producing bacteria as possible, and to minimise the proliferation of other bacteria. This article presents the results of a study that examined the influence of growth macronutrients (in this case ammonium and phosphate) on the bioplastic production process.
Often, wastewaters are not strictly growth nutrient-limited, allowing bacteria to choose between growing and making bioplastic. How nutrient availability affects the distribution between growth and bioplastic production was the central research question in this study. Experiments were conducted in a multi-reactor set-up, with an enriched microbial culture dominated by the bacterium Plasticicumulans acidivorans (a bioplastic production specialist). Different amounts of growth nutrients (ammonium and/or phosphate) were added to a constant quantity of volatile fatty acids.

It has been shown that with the presence of a minimum ratio of ammonium (117 gCZV:gNH4-N) or phosphate (1055 gCZV:gPO4-P) bioplastic purities of at least 80% on a dry weight basis can be achieved in the first 12 hours of the production process. As the percentage of bioplastic per unit of dry weight is a crucial factor in the economic feasibility of the process, this research makes an important contribution to the definition of the desired waste flow characteristics for bioplastic production.

What is the effect of the presence of nutrients on the production process of polyhydroxyalkanoates (PHA) from wastewater? This is the central research question in a study that makes an important contribution to the definition of the desired wastewatercharacteristics for the production of bioplastics.

The image of wastewater  is shifting more and more towards  a source of energy and raw materials. Wastewater  that contain a lot of organic carbon can, by means of anaerobic treatment, be upgraded to produce methane from the volatile fatty acids (VFA) present. By making  use of what nature has to offer, other, potentially more valuable products can be made instead of methane from these VFA.
One of these alternative products is the polymer group ‘polyhydroxyalkanoates’ (PHA), better known as a bioplastic due to its properties similar to regular plastics, with the main distinction being that it is biodegradable. Two known routes have been developed for producing bioplastics from wastewater:

For the production of methane, the main trick is to create an anaerobic environment; the production of bioplastic  is more complex. The production process of bioplastics according to route 2 can be divided into 2 processes. In the first process, part of a VFA-rich wastewateris used to grow bioplastic-producing microorganisms. The key words that describe the selection trick in the enrichment are ‘eat fast and get fat’.
An environment where this comes into its own is the so-called ‘feast-famine’ regime. Substrate (VFA) is fed in batches to the culture, creating periods where there is a lot of substrate (feast) and periods where there is no substrate (famine). A bacterium that eats the food present the fastest and can make enough storage to grow in the nutrient-poor period wins the competition. Hence, ‘eat fast and get fat’. A champion of ‘eating fast and getting fat’ is the bacterium Plasticicumulans acidivorans. This bacterial species is capable of storing 9 times its own weight internally as PHA. In other words, you have a fat belly that is 9 times your own body weight!

When the culture consists of as many of these champions as possible (now without a fat belly) it is sent to the second process, accumulation. In the accumulation process, the substrate is used as much as possible to become fat and as little as possible to grow. One way to force this is to take a wastewater that is poor in an essential growth nutrient such as ammonium or phosphate. The absence of ammonium and/or phosphate in the accumulation means that no growth can take place. When the substrate is added in doses to the bacterial culture, it can only go towards storage ( bioplastic production) and the bacterium feeds on it up to the aforementioned 9 times its own body weight.
There are wastewaters that are potentially interesting for the production of bioplastics due to a high chemical oxygen demand (COD). However, the presence of growth nutrients makes it more challenging to make efficient bioplastics from them because growth cannot be excluded in the accumulation. The effect of the presence of nutrients in the accumulation process was investigated to gain more insight into this topic. For this purpose, a parallel reactor system was used in which a predetermined amount of COD with a varying amount of ammonium and/or phosphate was dosed to a culture enriched with Plasticicumulans acidivorans. This will make it possible to research, among other things, whether minimal growth is really harmful to the bioplastic production process and how long the champion can last, because with growth there are also opportunists lurking.

A little growth, a lot of bioplastic

An enriched culture with Plasticicumulans acidivorans needs 8 to 12 hours in a ‘classical nutrient-limited’ accumulation to reach 90% dry weight (wt%) PHA. Practical research has shown that an optimum based on yield is rather around 4 hours of accumulation. However, in practice there are no ideal conditions, so growth nutrients may be present. Since it is desirable to use the VFA as efficiently as possible, it is therefore valuable to find out what effect these nutrients have on the bioplastic process.
By using a parallel reactor system, several COD:nutrient ratios were tested with an enriched P. acidivorans culture. An advantage of this is that the starting point is the same for each experiment. Since different COD:nutrient ratios have been chosen, ranging from highly nutrient-limited to mildly nutrient-limited, frameworks have been found in which bioplastic production is possible under different conditions.
Several characteristics of the process have been better mapped out with this study. Firstly, it has become clear that P. acidivorans remains dominant for a long time under different conditions. All cultures produced and retained significant amounts of bioplastic during 12-hour accumulations, with the ratio of COD:nutrient in the substrate directly influencing the purity that could be achieved – as illustrated in Figure 1. 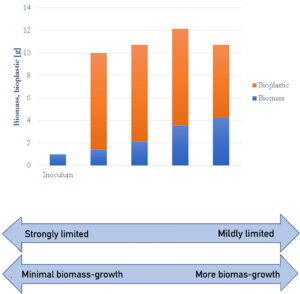 Figure 1. The amount of bioplastic and biomass produced after 12 hours accumulates with different ratios of COD:nutrient. Highly limited means that the COD:nutrient ratio is high.

Figure 1 shows that the amount of bioplastic produced under different conditions is largely the same. However, the purities decrease drastically from 85 to 60 wt% in the presence of sufficient nutrients.
It has been shown that bioplastics can achieve purities of 60 wt% or higher regardless of the presence of nutrients. It is important that the production process does not last longer than 6 hours. After these 6 hours, the purities decrease when sufficient nutrients are present and the process becomes less profitable. This will give leeway as there is a production time that is independent of the nutrient concentration.
This phenomenon of 6-hour constant production probably occurred because the bioplastic bacteria, as in the culture, were trained to eat very quickly. In this way, they take away most of the food from opportunistic bacteria; when the bioplastic bacteria are reasonably full, they will eat more slowly and there will be more room for opportunists. In addition, the opportunists grow exponentially and it is only a matter of time before they out-compete the bioplastic culture. An example of the presence of opportunists is shown in Figure 2.

Figure 2. The same starting culture after 12 hours of accumulations in the presence of many or few nutrients.

Figure 2 shows microscopy pictures of two cultures, after 12 hours of accumulation with different substrates. In the nutrient-poor situation, P. acidivorans still seems to dominate the culture. This is not the case if sufficient nutrients are present. There seems to be another species out-competing with the bioplastic producer.

It can be said with great certainty that bioplastics can be produced from many fatty-acid wastewaters. This position is confirmed by several pilot studies carried out on wastewater that are highly nutrient-limited to wastewaters that are nutrient-rich. For example, bioplastic purities of 70 wt% to 80 wt% have been achieved on wastewater from a paper-mill factory, a chocolate factory and on leachate water from vegetable, fruit and garden waste (VFG). This shows that the techniques used in lab experiments can also be successfully applied under real wastewater conditions and on a larger scale.

Waste flows can be nutrient-limited, which is advantageous for the bioplastic process because growth of (other) bacteria can be excluded. However, not all waste flows that are attractive for producing bioplastics from are nutrient-limited. This study researched the effect of the presence of nutrients on the bioplastic production process. The importance of a good inoculum was demonstrated as at least 60 wt% bioplastic could be obtained for a period of 6 hours regardless of the presence of nutrients. Furthermore, the ease of producing bioplastics can be better estimated in advance, based on the characteristics of the wastewater flow.