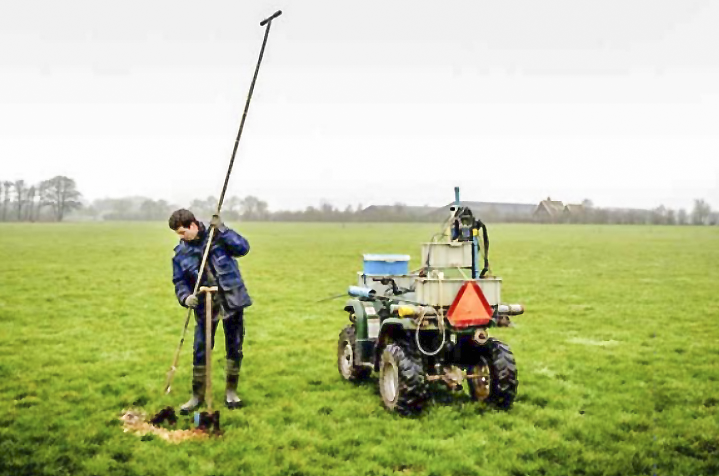 Phosphorus remains a problem for the quality of surface waters in the Netherlands. Due to policy measures, the annual phosphorus surplus on fertilized agricultural soils in the Netherlands has been decreasing steadily since 1990 down to 5 kg P/ha in recent years (Fraters et al. 2020). Nevertheless, long-term application of repeated fertilization in the past has led to accumulation of phosphate in the soil, and sometimes to saturation. Phosphate on agricultural land can reach surface water mainly through leaching and erosion.

Since 2015 there must be a balance between fertilization and crop removal of phosphorus in the Netherlands. Still, since that year a small increase in the nitrogen and phosphorus soil surplus in the monitored Dutch farms was observed (Fraters et al. 2020).
The historical phosphorus surplus did result in increased phosphate contents in agricultural soils. This might eventually lead to phosphate leaching to groundwater. Phosphate does not leach easily because it can be taken up by the crop and it can bind effectively to soil components. However, there are limits to the capacity of soils to retain phosphate. In almost half of the agricultural land in the Netherlands there were indications in 2014 for a potential risk for phosphate leaching to groundwater (Schoumans and Chardon 2014).

Nationwide monitoring program
In the Netherlands we have a national Minerals Policy Monitoring Programme which provides information on the effects of Dutch Minerals policy on agricultural practices and water quality. The RIVM and Wageningen Economic Research cooperate to collect annual information about agricultural practices and water quality on approximately 400 Dutch farms (van Duijnen et al. 2021). For this study, we investigated the trends of phosphate concentrations in the phreatic groundwater on participating farms since 2006. On each farm, the top meter of groundwater was sampled annually from 16 freshly dug boreholes evenly distributed across the farm plots.
The participation of farmers in the monitoring program is voluntary. Each year a number of farmers leave the program and additional farms have to be selected in order to remain a representative nationwide selection of farms. In order to accurately detect trends, we have selected the 165 companies that have been participating continuously since 2006.
Since quite a number of measurements were below the detection limit of 0.013 mg P/liter, we used model calculations to estimate the average phosphate concentration on each farm. 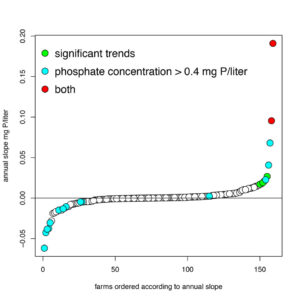 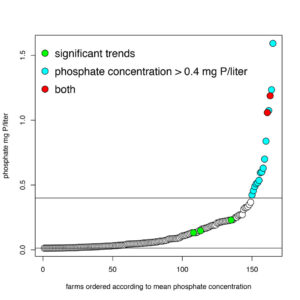 Table 1. The correlation between the mean phosphate concentrations on the farms with a number of other elements/ions.

Table 1 shows that phosphate concentrations correlates with the sea water components chlorine, magnesium, sodium (Na) en strontium and with the electric conductivity EC which is also high in sea water. There is also a positive correlation with ammonium (NH4+), and a negative correlation with nitrate, copper and cadmium. Also, deeper groundwater has higher phosphate concentrations.

ACKNOWLEDGEMENTS
The authors thank the LMM monitoring team and TNO for groundwater sampling and analyses. This research was funded by the Ministry of Agriculture, Nature and Food Quality.