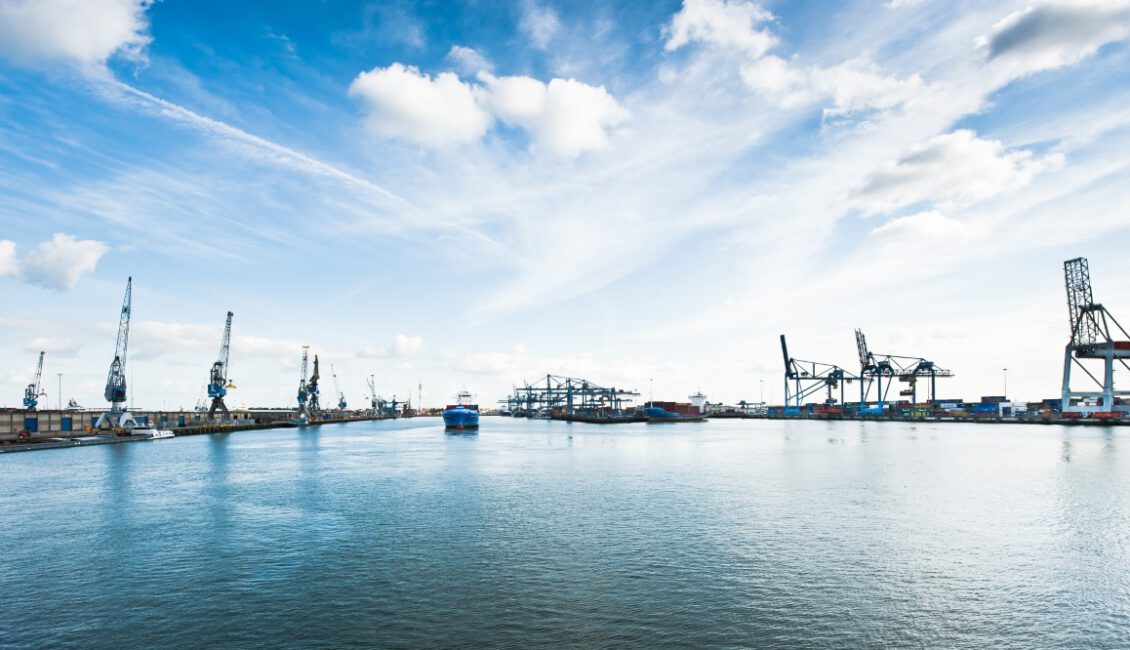 An increasing number of chemical substances are entering our environment, including surface water. This makes it increasingly difficult for water authorities to understand the effects of these substances, and then to relate that knowledge to sources so that the right management measures can be put into effect. How do we make the toxicity of individual substances, substance groups and substance mixtures transparent and manageable?

Societal concern about chemical substances in the environment has been translated into the Water Framework Directive (WFD) and into action programmes such as the Delta approach to water quality in the Netherlands and the European Zero Pollution Action Plan. In addition, specific substances and substance groups are attracting publicity. The best known are per- and polyfluoroalkyl substances (PFAS), but pesticides, melamine, dioxins and medicines are also proving cause for societal concern. There is a sense that the number of substances is becoming too great to oversee – in Europe, we use over 200,000 chemical substances, all of which could end up in surface waters via different routes, including direct discharge, waste water treatment, leaching from the soil and deposition. Water authorities are, therefore, facing the question as to how to prevent undesirable effects.

Standards have been put in place for around 150 substances via the Water Framework Directive (WFD), but no other substances are tested in terms of policy. Water quality management requires a broader approach in order to achieve meaningful measures. The DPSIR model of the WFD (Figure 1) is the central tool for achieving this. The model takes its name from the four areas of knowledge that come together in ‘Response’.

The Toxicology project within the Water Quality Knowledge Impulse (KIWK-TOX) has developed a set of practical tools for these knowledge areas. The project further developed the existing Toxicity Key Factor 2016 (ESF-TOX1) into the updated version, SFT2. The entire SFT2, including tools and background documentation, will soon be made available in a logical and accessible manner via www.kennisimpulswaterkwaliteit.nl. KIWK TOX (kiwk-tox.netlify.app). The website has a section for expert users and a section for people who are mainly seeking information, such as policy makers and interested citizens.

The updated tools allow the ‘S’ (status) and the ‘I’ (impact) in the DPSIR model to be better determined. It is about

1) The effect measurements (bioassays); these measure biological effects that are representative of the ecological status of the water, without knowing the toxic substances

4) The identification of sources (the ‘D’ and ‘P’ in DPSIR) and the options for implementing measures (the ‘R’ in DPSIR) (advice based on the chemistry and/or bioassay trace).

This article takes a closer look at these four topics. 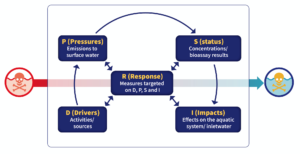 Figure 1: The DPSIR model to tackle the chemical pollution of surface water

Effect measurements with bioassays approach the impact of chemicals on the ecosystem by using biological material, ranging from cells to small aquatic organisms such as water fleas. With this, it is possible to detect the combined effects of all bioactive substances (known and unknown) in the water. Whole organisms react to a wide range of substances with different modes of action, whereas assays with cell lines often focus on a specific mode of action, such as endocrine disruptors.

The bioassay track tends to provide a general assessment of a location using a sampling and pre-treatment protocol, a basic set of bioassays and an interpretation tool. Basic sets for surface water and two for drinking water have been developed, which can detect substances with different toxicological effects.  The interpretation tool then converts the results for each bioassay into a final score in five categories (see below).

There may be good reasons to deviate from the basic sets, e.g. if a (drinking) water authority wishes to look at a specific substance group. The selection and interpretation of such specific research requires customisation. To this end, several tools are available within Key Factor Toxicity 2 (SFT2).

From chemical substances to toxic pressure

There are several policy frameworks that focus on the assessment of individual substances. Now that the number of known substances is on the increase, it is becoming increasingly important to look at the total mixture as well. The chemistry tool is capable of translating measured concentrations into a toxic pressure of the mixture. This is carried out in three steps: 1) The input measured concentration is converted to the bioavailable concentration 2) The bioavailable concentration is converted to ‘direct toxic pressure of that substance on aquatic organisms’. This toxic pressure has as its unit the potentially affected fraction (PAF) of the organisms that can live in the system. 3) The PAF for each substance is aggregated to the fraction of affected varieties for the mixture (multi-substance PAF: msPAF), for substance groups or for all substances together.

The general principle of the chemistry tool is the same as in the old ESF-TOX1, but the way in which the new tool can deal with bioavailability has been improved and the results have greater reliability. It can also be easily extended to more substances as more toxicity data become available. In addition, the Access tool from ESF-TOX1 has been replaced by an ‘R-tool’ and an interface for greater ease of use – improved access, easier data entry and clearer interpretation of the results.

An improved water quality calculation has also been put together for the purification treatment effort (ZOI) that water companies are required to provide. When calculating the ZOI, substances are given more weighting depending on whether they exceed their drinking water target value or signalling value and whether they are harder (or easier) to treat using simple drinking water treatment techniques (Pronk et al., 2021). The higher the ZOI (the status, ‘S’ in the DPSIR model), the greater the purification treatment effort (the impact ‘I’ in the DPSIR model).

Interpretation of all data

What does a ZOI, bioassay score or msPAF say about the effects on drinking and surface water? This interpretation step has been greatly improved in SFT2. For both the chemistry track and the bioassay track, an interpretation method has been developed that closely follows the principles of the WFD, whereby the ‘good’ and ‘very good’ categories indicate that a system is ecologically healthy and thus needs to be protected, while the ‘moderate’, ‘insufficient’ and ‘poor’ categories call for measures that reduce toxicity (Figure 2).

The chemistry track uses a combination of the toxic pressure at the ‘no effect’ level (msPAF-NOEC) and the toxic pressure at the 50% effect level (msPAF-EC50). This determines which of the five categories a site is assigned to. The bioassay track uses effect signal values, i.e. the limit value at which effects on species cannot be excluded. A ‘colour’ is determined for each bioassay. The results are then processed in a pie chart. 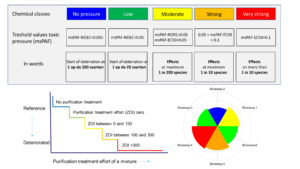 Figure 2. The elaborated quality classes for the chemistry track (above), the purification treatment effort (ZOI) and the bioassay track

If the interpretation indicates that the toxic pressure needs to be reduced, the question arises as to which drivers and pressures are causing the toxic pressure. The look-up table entitled ‘Land use – substance list’ is a first step and can be used to look up the substances that may play a role for each land use. This list does not only have to be used after the fact, i.e. when the measurements have already been performed, but can also serve as a guide to determine which substances should be monitored and which specific bioassays are useful.

The KIWK-TOX project has created an approach that makes toxicity transparent and manageable. A range of tools is available on the website to help water authorities understand the threats posed by chemical pollution. The tools help companies and authorities to weigh the effects of each substance, substance group and mixture of substances.

In years to come, the instruments will help in deciding which measures to choose and how to monitor the effects of measures.

As part of the Knowledge Impulse for Water Quality, the Ecological Key Factor Toxicity 1 (ESF-TOX1) has been further developed into the Key Factor Toxicity 2 (SFT2). This offers water authorities and drinking water firms an improved method for getting to grips with the increasing number of chemical substances in surface water. Three important improvements have been made:

firstly, an improvement to the chemistry tool, making it more user friendly – the tool translates concentrations of chemical substances into a toxic pressure. A framework has also been introduced that further quantifies the purification treatment effort required for the production of drinking water.

The second improvement is in the bioassay track, including a renewed basic set of bioassays with associated interpretation tool for general assessment and specific bioassays for specialist research.

The third improvement concerns interpretation. The results of the chemistry and bioassay track have been developed into a classification to one of five categories, similar to those of the Water Framework Directive: none, low, moderate, high and very high toxicity.