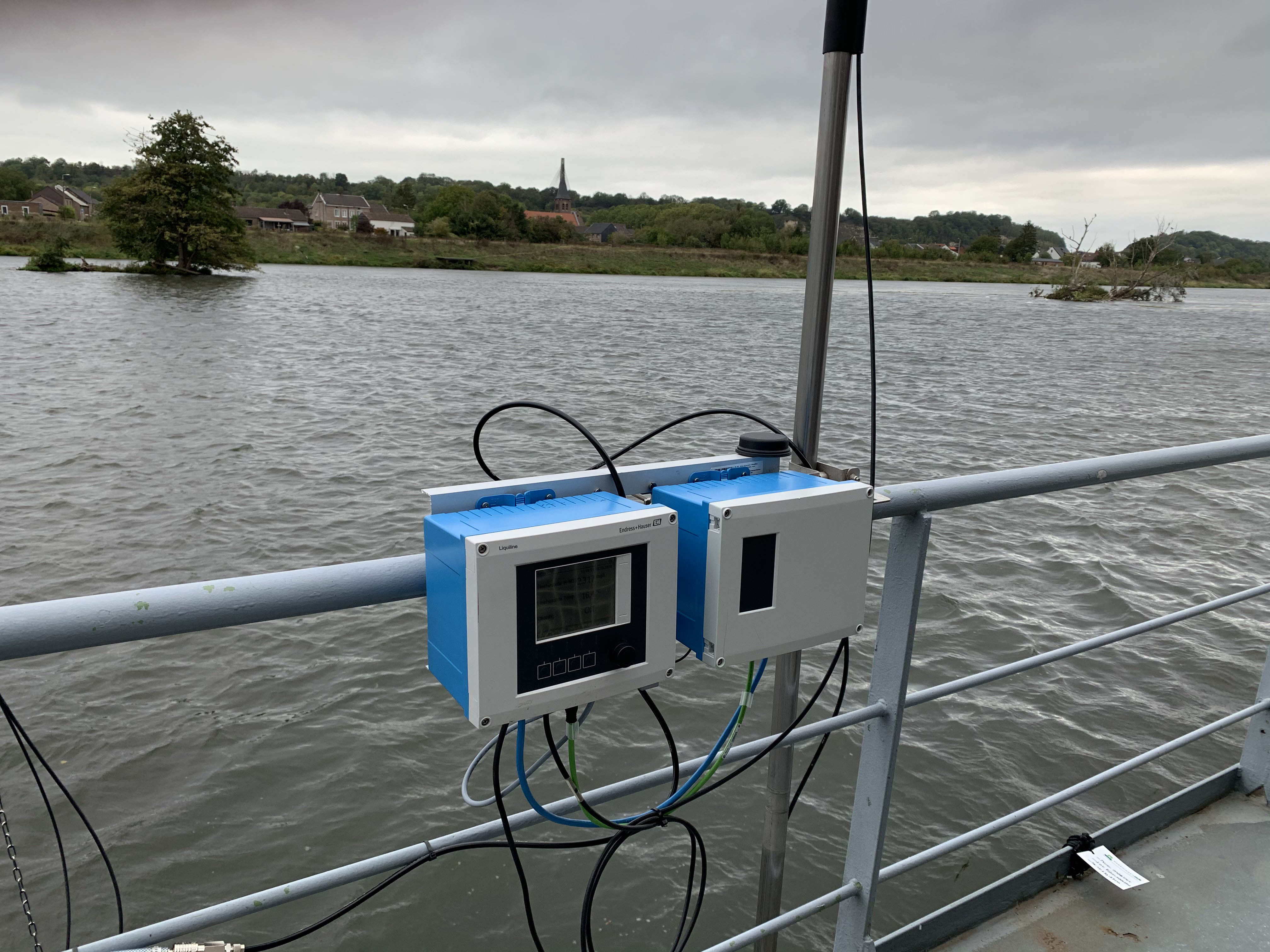 There is little information on the reliability of sensor readings. A measurement campaign compares eight different types of nitrate sensors.

In the Netherlands, the standards of the European Water Framework Directive for surface water are not yet achieved everywhere. Many of the excess values are caused by excessively high concentrations of nutrients in surface water, such as nitrogen and phosphorus. The concentration of nutrients in surface water has high temporal variation. The composition of the water changes constantly depending on sunlight, water temperature, precipitation and agricultural activities.

But, for a reliable picture of water quality at one specific location, for example in a farm ditch, monthly snapshots are insufficient. The average becomes more reliable if more measurements are taken. High-frequency measurement of water quality with sensors has, therefore, great promise. Sensors make short-term variations in water quality visible. With this, very accurate loads and average concentrations can then be determined. Moreover, high-frequency measurements provide a great deal of insight into the most important transport processes. Sensor measurements show when nutrient losses occur, which can help with policy formulation and evaluation.

Sensors are not available for all nutrients. Phosphate and ammonium, for example, are not easy to measure with sensors. For nitrate, the options are somewhat wider – there are three types of sensor available on the market and many sensor suppliers offer their own brand of sensor.

However, researchers starting out with sensors are often completely unclear on how accurately sensors measure and which sensor is most suitable for which application. No comparative research is available and researchers tend to report only successes, not failures. A measurement campaign was carried out to look at how the accuracy of nitrate sensors compares amongst the sensors themselves, and with laboratory measurements.

Design of the measurement campaign

This measurement campaign was established within the WaterSNIP Participant Group. WaterSNIP is an acronym for Water Sensors Nutrients Innovation Programme and is an innovation programme of the Minerals Policy Monitoring Programme (LMM). By deploying sensor technology, the RIVM hopes to make the LMM more efficient and future-proof.

The campaign was carried out between early October and early December 2020 at the Rijkswaterstaat measuring station in the Meuse near Eijsden (Photo 1). The highest nitrate concentration was expected during this period, as nitrate leaching occurs in autumn.

A total of 8 sensor suppliers and developers from the WaterSNIP Participant Group participated in the measurement campaign. They did this free of charge; the entire campaign was carried out with a ‘closed-circuit system’ (see Table 1). The participants were not recruited either, everyone volunteered after a webinar in which this idea was suggested. 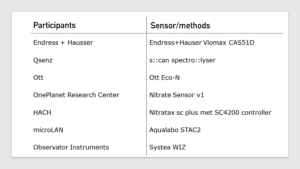 Table 1: Participants in the measurement campaign with nitrate sensors

There are three types of sensor on the market for measuring high-frequency nitrate, the Ion-selective electrode (ISE), the UV method and the wet-chemical method. The ISE measurement is based on an electrical potential difference between the ISE and a reference electrode. Between the water to be measured and the ISE is a membrane that ensures the specific reaction to the ion to be measured, in this case nitrate.

The wet-chemical auto analysers use reagents that trigger a colour reaction depending on the concentration of the parameter being measured. The colour change is measured with a spectrophotometric sensor.

The water quality of the Meuse was relatively stable during the measurement period. In order to test the sensors under heavily varying conditions as well, the sensors were placed in a reservoir at the measuring station after the Meuse experiment, in which three additional experiments were carried out:

–           The nitrate concentration in demineralised water was incrementally increased from almost 0 to 140 mg/l in order to test the measuring range for nitrate;

–           The chloride concentration was increased from Meuse water to slightly brackish conditions to investigate the influence of chloride on the nitrate measurements;

–           The reservoir was filled with tap water and nothing was done for one day and one night to investigate the measurement stability and the influence of temperature. 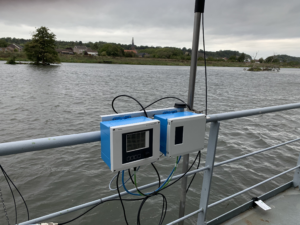 Photo 1: The Meuse near Eijsden as seen from the measuring platform. Most sensors are attached to the railing and placed directly in the Meuse.

Results of the experiments

The experiment with the sensors in the Meuse shows that the variation in nitrate concentration is properly picked up by all sensors. The pattern of peaks and troughs is recorded identically by the sensors. The height of the measured nitrate concentration of the sensors deviates (see Figure 1A). The difference between the sensor with the highest measurement and the sensor with lowest measurement is around 4 mg/l. This deviation is probably due to the calibration of the sensors. Most sensors are calibrated on a calibration liquid or measure with factory settings. The composition of the water in the Meuse is different to the calibration liquids, which can lead to deviations during calibration. It would be best to calibrate the sensors to the actual nitrate concentration in the Meuse. This can only be done once the results of a number of laboratory analyses are known. In view of the uncertainty of laboratory analyses (plus and minus approx. 1 mg/l, or approx. 10%), it is advisable to use several measurements. 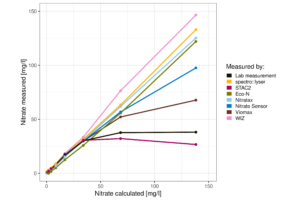 In this experiment, we corrected sensors retrospectively for the first three laboratory measurements. The average difference between the laboratory measurements and the sensor measurements was calculated at these times. This difference was used as a fixed correction value for the whole two-month series of the Meuse water experiment. An additional correction was applied to the auto-analyser, as the settings were adjusted at the beginning of November.

After applying the correction, the sensors measure water quality very synchronously and the measured nitrate concentration is almost the same over the entire measuring period (see Figure 1 B). After around one month of measurement, from the beginning of November, the sensors do seem to show some difference. The increasing deviation of sensors from the ‘true’ concentration is called drift and can be caused by contamination of the sensor. Cleaning and/or recalibration are then recommended.

It is noteworthy that the laboratory measurements also came out well below expectations. No explanation has been found for these anomalous measurements; we suspect that errors were made somewhere in the analysis process.

In the last experiment, a changing temperature for some sensors shows a very small deviation in the measurement. It is, therefore, possible that the increased variation in Figure 1B is an effect of changing temperature. During the Meuse water experiment, the temperature dropped by around 7 degrees. However, it is not possible to determine which sensor deviates. The laboratory measurements are not sufficiently accurate for this.

Figure 2 The measurements during the nitrate experiment, plotted against the expected nitrate concentration.

The measurement campaign shows that if a nitrate sensor (UV method or auto-analyser) is properly calibrated, the measurement is more accurate than the laboratory measurement. Moreover, the continuous determination allows much better determination of the change in nitrate concentration (the dynamics). This provides insight into the processes that lead to nitrate leaching, and thus a more accurate average of nitrate concentration can be determined.

Temperature and chloride have little influence on the measured value. The differences between the sensors are mainly determined by the initial calibration of the sensors. It is, therefore, impossible to say which sensor is ‘best in the test’; all sensors tested can be used to measure variations in nitrate concentration.

More and more water authorities are using sensors to determine water quality at high frequencies, but there is little information on the reliability of sensor measurements. In this measurement campaign, eight different types of nitrate sensor were compared on the Rijkswaterstaat measuring platform in the Meuse near Eijsden.