Learnings from the 2011 Copenhagen cloudburst 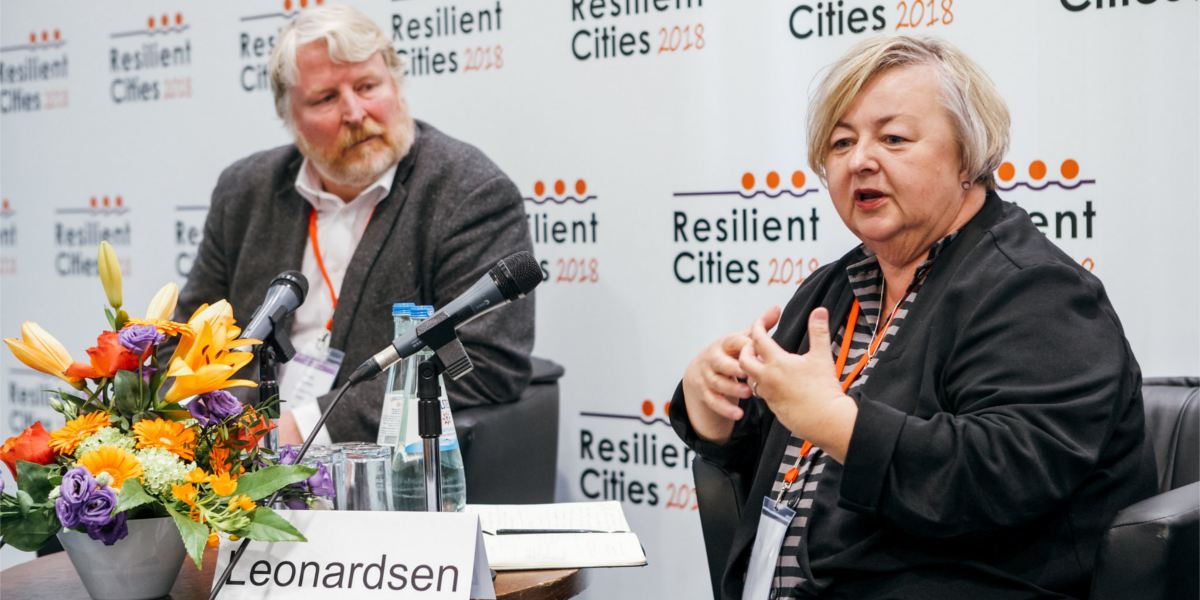 May 28th our third webinar in the series Water Solutions will take place, discussing Risks & Resilience. One of the contributors to this event is Lykke Leonardsen, Program director for Resilient and Sustainable City Solutions in Copenhagen. Copenhagen was hit by a massive cloudburst in 2011. The impact on the city was big: insurance companies received claims for just under one billion euros and more importantly the cloudburst showed that the city was vulnerable. As in a pressure cooker, Leonardsen and her team developed a cloudburst management plan, which proves its effectiveness year to date.

When Copenhagen started its work with climate change adaptation in 2008, climate change seemed to be something for the future. Everything changed on the fateful afternoon of July 2nd, 2011, when a cloudburst hit the city. Lykke: “In two hours the city was flooded by 150 mm of rain – which in Denmark equals a 1000-year storm – a storm that statistically would only hit the city once every 1000 years. The damages costed millions, critical infrastructure was affected with power outages at hospitals, closed roads, and threats to the city’s emergency services. For us, the 2011 cloudburst became a game changer. All of a sudden climate change was not something that could happen sometime in the far future – it was here and now. And in the coming years more frequent cloudbursts underlined the need for action.”

What did you do?

“As a direct result, the city immediately started work on a cloudburst management plan. The first step was to determine the future level of service based on our business case. Here we had three points:

Once that was done we needed to look at methodologies. We had already in our adaptation plan done the basic economic calculations that showed us that an expansion of the existing combined sewer system would be too expensive and difficult to implement.”

But you didn’t give up…

“Climate change is not an absolute number – and neither is the city’s development. There are so many uncertainties. We don’t know exactly how severe climate change will be – and the city is also constantly changing. So we need to develop flexible solutions that can be adapted to the changing environment in the city.”

How can you manage uncertainty?

“Our methodology had to take uncertainties into consideration. This is why we started to look at surface solutions. And not just surface solutions in isolated pieces dotted around in the cities. We are basically creating a new surface infrastructure to manage storm water in the city. The system is city wide and connected – just like a normal sewer system, and it works parallel with the old sewer system keeping the storm water out of the sewer system and in that way preventing sewer overflows and flooding of houses etc.

A key element in the Copenhagen Cloudburst Management Plan is the added benefits of the adaptation work. By creating a surface infrastructure with cloudburst streets and retention areas we also have the opportunity to create a better city. We can add more green, more urban nature, more recreational space, and add to the livability of the city.

After all, it doesn’t rain all the time – so we have to make sure that our cloudburst interventions can function in the city when it’s dry! From the very beginning of the adaptation work in Copenhagen this has been a guide line for us – not just to solve problems, but also to look for opportunities.”

Can you tell me a bit more about opportunity management?

“Demonstrating that adaptation does not need to be only about preventing disaster, but can also improve the livability of the city by creating new recreational spaces, greening the city, and making it a nicer place also when it is not raining has been a key factor in the popularity of the cloudburst management plan.

A key message to other cities is to look at the city’s need for development and link that with the adaptation work. This can also help leverage financing.”

Can you give an example?

“The historical Enghavepark has been transformed and is now the biggest climate project in Copenhagen. With a 22.600 m3 water reservoir, the park is answering a need to handle Copenhagen’s current and future challenges with water. With an optimistic and playful mindset, we have redefined these challenges to offer plenty of new opportunities for recreation, exercise, and sensuous experiences, both for everyday life and in case of extreme rain.”

How does financing Cloudburst Management work in Denmark?

“Basically, the financing comes from three different channels. At first, everything that can be clearly defined as stormwater infrastructure (pipes, tunnels, canals) with only that function, is financed and constructed by the municipality owned utility.

Second, stormwater infrastructure combined with other functions (cloudburst streets, retention in parks etc) is financed by the utility, but constructed by the city.

Lastly, added urban space improvement on top of the storm water infrastructure is financed by the city (taxpayer money).”

What can other cities learn from Copenhagen?

“We think that other cities can learn a lot from the Copenhagen case: from our successes as well as our ‘oopses’, challenges and mistakes. Probably the most significant thing to look at in Copenhagen is the business case approach rather than the focus on risk. Our success is that we were able to demonstrate that it would be a good idea to deal with cloudburst management in an integrated way, and that we could also work to improve the city.”

“After three years, the implementation appeared to be more complicated than originally estimated. We needed to make sure that the hydraulic modelling was more detailed, we revised the more than 50 cloudburst branches that constitute the plan.

Another experience is that it is not easy to implement a new infrastructure in a city. One of the obstacles is the different planning logics that we have. It is new for the utility’s sewer engineers to work with city planners – and there are issues like water quality, street design, traffic, etc. to take into consideration.

It takes time to reach a mutual understanding of how this has to be done. We are sure that it is possible. When Copenhagen started working with its bicycle infrastructure we had the same problems. Stakeholders would say: “It’s not safe to have cyclists on the road! and “Will there be enough space for cars?” Twenty years down the line this is not the same problem that it originally was – everyone agrees that we have to have bicycle infrastructure everywhere. It will be the same with cloudburst management.”

At the webinar of May 28th you will tell us more about your approach. Is there another key message you would like to share with the AIWW community?

“It is important to work with flexible and adjustable solutions. Climate change projections are full of uncertainties. We know that climate is changing, but we are not fully aware of how much and how fast. And cities are also changing. It is really difficult to fully imagine what the city will look like in 40-50 years’ time. Solutions that can be adjusted are important. The most important messages from Copenhagen would be: 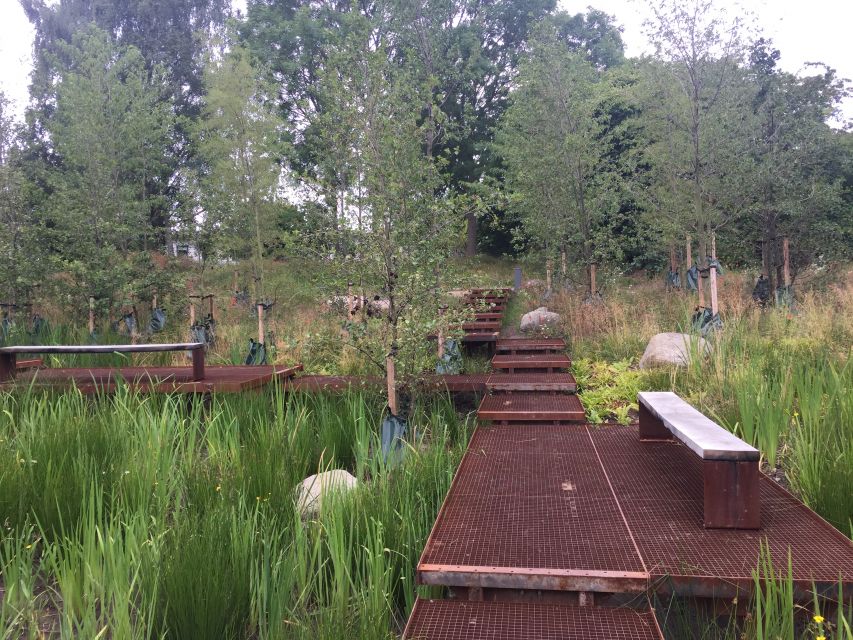 These plans were approved politically after a period of public consultation and on the basis of that Lykke and her team started preparing the implementation plan, answering a lot of questions in the process. How do you actually plan how to implement 300 projects over a period of 20 years? Where do you start and where do you end – and what goes on in the middle? Recalculating the economy was needed, and Copenhagen also had to make sure the figures they would be presenting for the final political decision actually were as accurate as possible.

In the implementation plan the cloudburst management team described all 300 projects – identifying potential for greening, and synergies with other planning in the city. They dedicated a large part of their planning process to the economy and financing.

Ms. Lykke Leonardsen has worked with urban development for the past 25 years in Copenhagen. This includes local regeneration projects, international urban policies and communication. Since 2008 she has worked for the Technical and Environmental Administration in charge of making Copenhagen more blue and green – in charge of water management and green infrastructure planning. It was as part of this work that the city’s Climate Change Adaptation plan was developed.

From 2014-2016, she was the Head of the Climate Unit, in charge of the Climate Change Adaptation program, and the city’s ambitious plan to be the first carbon neutral capital of the world before 2025. Since 2016, she has been Head of program for Resilient and Sustainable City Solutions. Ms. Leonardsen has a Master in Near Eastern Archaeology and Master of Public Policy.

Also check her podcast series, conducted with her son. 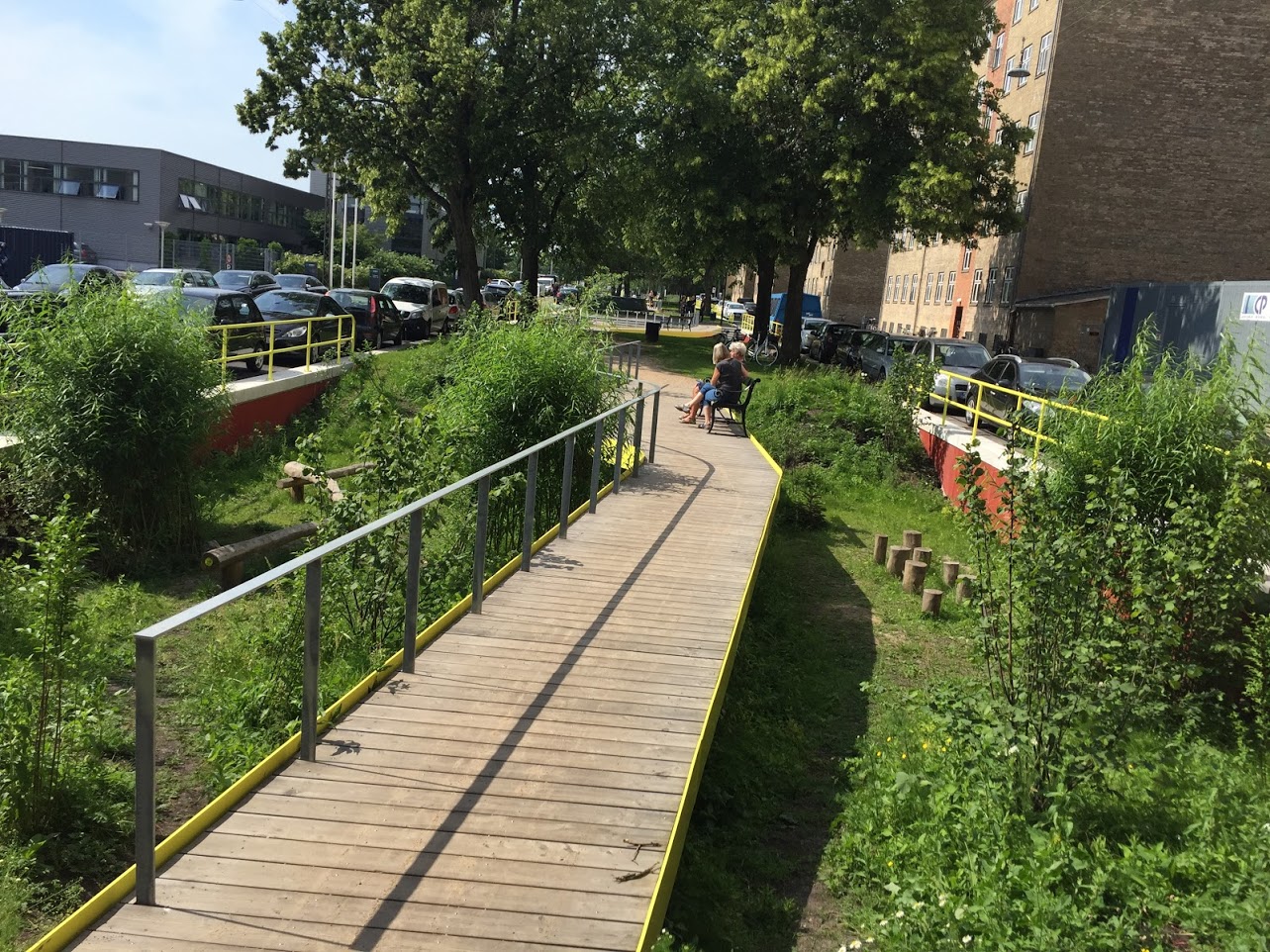 Adaptation, resilience and innovation in water: valuable concepts to look into

Cascading impacts and interdependencies, are we taking enough actions towards disaster risks?