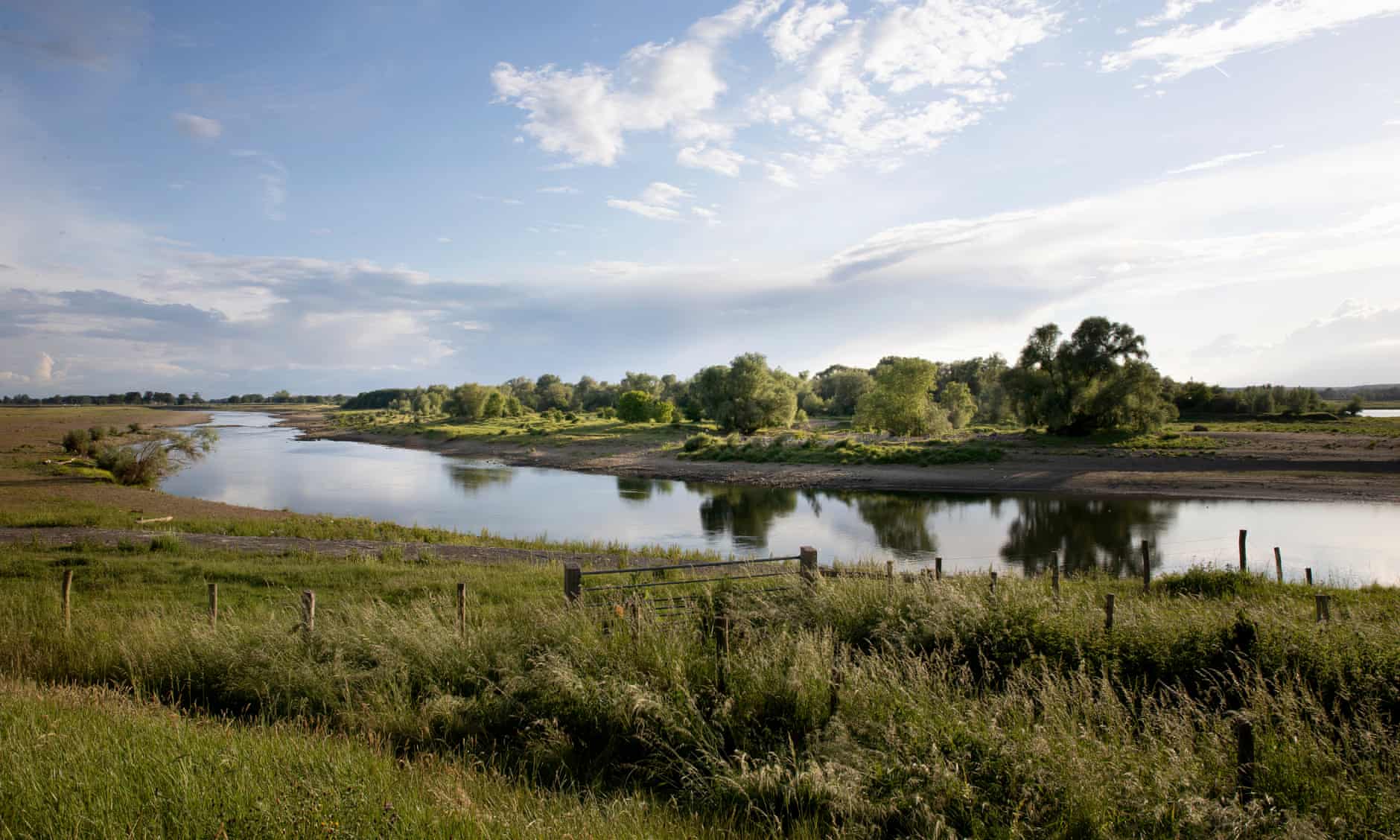 “On the way to being one of the most beautiful nature areas in Europe,” reads a sign overlooking a construction site near the village of Grevenbicht on the Meuse River in the southern Netherlands. Looking at the diggers, other bits of large machinery and bare soil, this is a stretch of the imagination. “You have to sell your story,” says Frans Schepers, managing director of Rewilding Europe, who was leading the largest river-restoration project in Europe.

Construction work has already been completed along 50km of the Meuse River floodplain as part of the Border Meuse project to undo 500 years of world-renowned Dutch water engineering. Big infrastructure is at the heart of the Dutch “offensive” – as opposed to “defensive” – approach to sorting out rivers, which involves relandscaping entire catchments, rather than rewetting specific at-risk areas. This approach is particularly revolutionary given that the seed for this project was planted decades ago. By contrast, the UK has only started thinking about implementing natural solutions at scale in the past few years.

Driving the length of the restored river – which runs from Maastricht to Roosteren – is like being in a time capsule. Some of the older sections of the project, further upstream, are already thronging with life. Borgharen, an area which has been farmed since at least Roman times, was one of the first sites to be let go. Dozens of sand martens are speeding into the cliff by the river to feed their chicks; there are blackcaps, stonechats, skylarks and swallows in the sky.

The river shape-shifts as it winds through the landscape. It is home to otters and beavers, and wolves – which are successfully spreading through the Netherlands – are believed to be watching the valley and could move in. Free-roaming animals such as galloway cows and konik horses (whose carcasses are sold as wild meat) graze along the banks. It is a reminder that nature isn’t picky – it will move into an old construction site and quickly transform it into something beautiful. People are free to walk the length of the river along a tangle of footpaths.