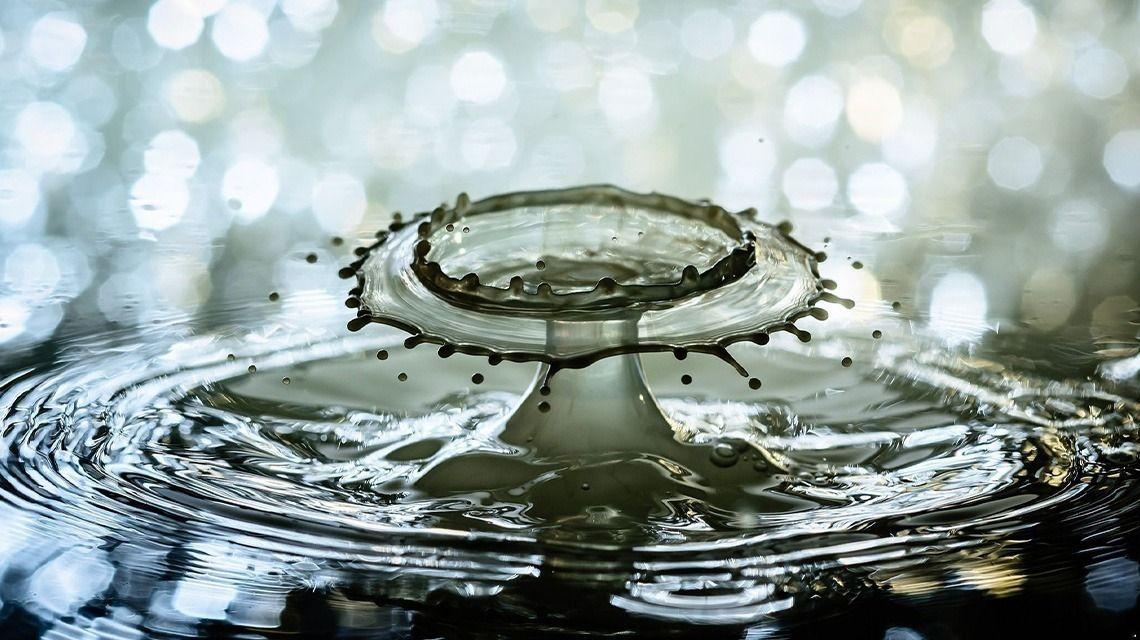 Discharges from OWTS systems account for only a small part of the total emissions of micropollutants to the aquatic environment. Locally, however, these emissions may have a large impact on the water system. The practical tests described demonstrate that there are technologies almost ready to bring to the market (activated carbon filtration, ozonisation and adsorption with electrochemical oxidation) which can greatly reduce these emissions, and thus improve the quality of the local water system. This is in line with the aim of the national ‘Chain Approach to Pharmaceutical Residues from Water’ to reduce the volume of pharmaceutical residues in water.

In outlying areas, on-site wastewater treatment systems (OWTS) are used to treat domestic wastewater. The effluent is generally discharged into small ditches and waterways, the capillaries of the water system. OWTS, including constructed wetlands, are not designed to remove micropollutants such as pharmaceutical residues. The micropollutants discharged can have a negative impact locally on the water quality of these small water systems. Additional treatment technologies can reduce micropollutant emissions.

In 2016, Water Authority Zuiderzeeland conducted research into the discharge of micropollutants from OWTS systems. Most of the micropollutants investigated were found in OWTS effluent, and in higher concentrations than in effluent from wastewater treatment plants. Within the management area of Zuiderzeeland Water Authority, OWTS systems discharge to waterways situated in vulnerable areas with particular ecological potential. For some micropollutants, ecotoxicological effects cannot be ruled out at the concentrations measured in the OWTS effluent. The actual occurrence of effects depends largely on local circumstances and seasonal variations, such as through-flow and drought. Further away from the discharge points, the potential risks decline sharply due to dilution in the water system. Diffusely dispersed OWTS discharges have virtually no effect on water quality across the total water system, but the picture locally can be quite different.

There are currently no commercially available technologies specifically for the removal of micropollutants from OWTS systems. Such technologies can be found in other sectors, however. We selected three of them for this study: activated carbon filtration, ozonisation and adsorption with electrochemical oxidation.

The aquariums and ponds industry uses various technologies to remove toxic substances from water on a scale comparable with OWTS systems. Of these small-scale systems, activated carbon filtration and ozonisation (treatment with ozone) were selected because these have already proven effective in removing micropollutants at wastewater treatment plants. The third technology, adsorption with electrochemical oxidation (Ad-EChOx), is used in industrial wastewater purification to remove residual COD (chemical oxygen demand, a common measure for the amount of organic matter in water) and colour, and can also remove micropollutants.

All three technologies were studied as a downstream purification step for OWTS effluent.

The practical tests were carried out between November 2018 and February 2019, with a constructed wetland (a reed bed with layers of sand and gravel in which biological and physical processes purify the water) at the research facility of Wageningen University’s Department of Environmental Technology. The constructed wetland (12 m2) has been in use for several years, and is fed with raw influent from Bennekom wastewater treatment plant, primarily of domestic origin. Each day, we pumped 360 litres of influent into the constructed wetland, in four batches. This meant that the COD (chemical oxygen demand, a common measure for the amount of organic matter in water) and the hydraulic loadings were comparable with the OWTS systems in practice (approx. 20 mg COD/m2/d and approx. 30 l/m2/d). Samples were taken of the influent and effluent from the constructed wetland to analyse for micropollutants. The effluent was collected in a buffer tank from where the adjacent downstream technologies (in the garden shed, see photo) were fed.

The activated carbon filter was operated for 48 days (1,000 bed volumes) in continuous mode with no backwash.

Ozonisation was carried out with a UV ozone reactor (Redox UVC low-pressure, AquaForte). This reactor produces ozone by means of UV radiation; ozonisaton and UV treatment thus take place simultaneously. The ozonisation tests were conducted in batch mode. Per batch, 500 litres of OWTS effluent were circulated over the UV ozone reactor for a period of 5‑6 hours. According to the specifications, the reactor produces 0.6 g O3/hour; this was not checked. The concentration of dissolved organic carbon (DOC) in the OWTS effluent was between 9 and 13 mg/l. The calculated ozone dose was thus 0.45‑0.75 mg O3/mg DOC.

For the Ad-EchOx tests, a Nyex™ demo unit (Arvia) was used, filled with a granular adsorbent with an electrical current. This unit was used to carry out short Ad-EChOx continuous tests of 3‑4 hours in the lab from a buffer tank with OWTS effluent, with currents of 1.5 to 2.5 mA/cm2 and flows of 8 and 12 l/hour.

Samples from before and after treatment with the three technologies were analysed for 37 micropollutants (pharmaceuticals). Of these 37 substances, 18‑21 were found in the various samples; the removal efficiency of the technologies was calculated for the substances found. 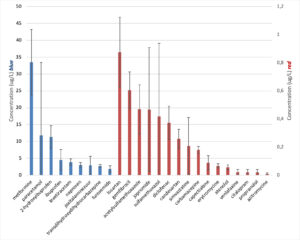 Figure 1: Concentrations of micropollutants in the effluent from the constructed wetland (n=11)

The same pattern was observed with DOC removal. This could have been caused by saturation of the filter bed, although this would have been sooner (after just 1,000 bed volumes) than might theoretically have been expected. It is possible that there were preferential flows, as a result of which the entire filter bed was not used optimally. The filter did not become blocked during the test period. A brown deposit was detected on the bottom of the filter, however.

An average of 33‑44% of micropollutants were removed using the UV ozone technology. As expected, the average removal increased with a higher UV ozone dose. Removal efficiencies vary strongly for the individual micropollutants. Over 95% of diclofenac was removed, while maximum 14% of metformin was removed. These differences are directly related to the ozone reaction rate constant, which is high for diclofenac (106 M‑1 s‑1) and low for metformin (10 M‑1 s‑1).

A better removal efficiency is possible by extending the response time to more than six hours, which increases the ozone dose. The experience with ozone technology at wastewater treatment plants shows that the removal efficiency increases considerably with a higher ozone dose (STOWA 2018-46). However, a higher ozone dose requires higher energy consumption almost in the same proportion. The total energy consumption for the six-hour UV ozone tests was 1.3 kWh/m3. During the tests, ozone concentrations above the maximum accepted concentration (MAC value) for eight-hour exposure were measured in the exhaust air of the UV ozone plant. For safety, this raises the question whether this is desirable when applying the technology. Technically, residual ozone can be captured and/or a more robust installation can be installed. However, this entails additional costs, requires extra space, and does not eliminate the risks of faulty connections or poor maintenance.

Because the test comprised short batch tests, no conclusions can be drawn regarding robustness. As with activated carbon filtration, the filter bed can become blocked, and regular backwash may be needed for prolonged use. There appears to be plenty of scope for optimisation (retention time and current) of the Ad-EChOx technology. Based on the results of pilot tests with wastewater treatment plant effluent, a higher removal efficiency can be expected with energy consumption of 1.3 kWh/m3.

The results of the practical tests show that all the technologies tested are capable of removing micropollutants present in the effluent from the constructed wetland. The degree of removal for each technology depends on the process conditions set. The highest average removal efficiency is obtained with activated carbon filtration. Taking into account as well an initial cost analysis, this is the most cost-effective and robust technique. Furthermore, activated carbon filtration has the lowest CO2 footprint at 0.26 kg CO2/m3, with UV ozone and Ad-EChOx at 0.69 and 0.70 kg CO2/m3 virtually on a par. Thanks to the relative simplicity of the technology, activated carbon filtration can be implemented in the short term. To precisely determine the cost-effectiveness and robustness, the service life of the activated carbon filter needs to be established in practice. This can possibly be extended by using a backwash function.

The cost-effectiveness of all three technologies is influenced by the concentration of DOC and undissolved constituents in the constructed wetland effluent, and the fluctuation in effluent flow. Further development of OWTS systems to remove more DOC and undissolved substances will help to make the removal of micropollutants more effective. Consideration could be given to a new OWTS class 4 with defined performance requirements for the removal of micropollutants.

“How do we ensure ecosystem balance in watersheds while managing water quality requirements?”