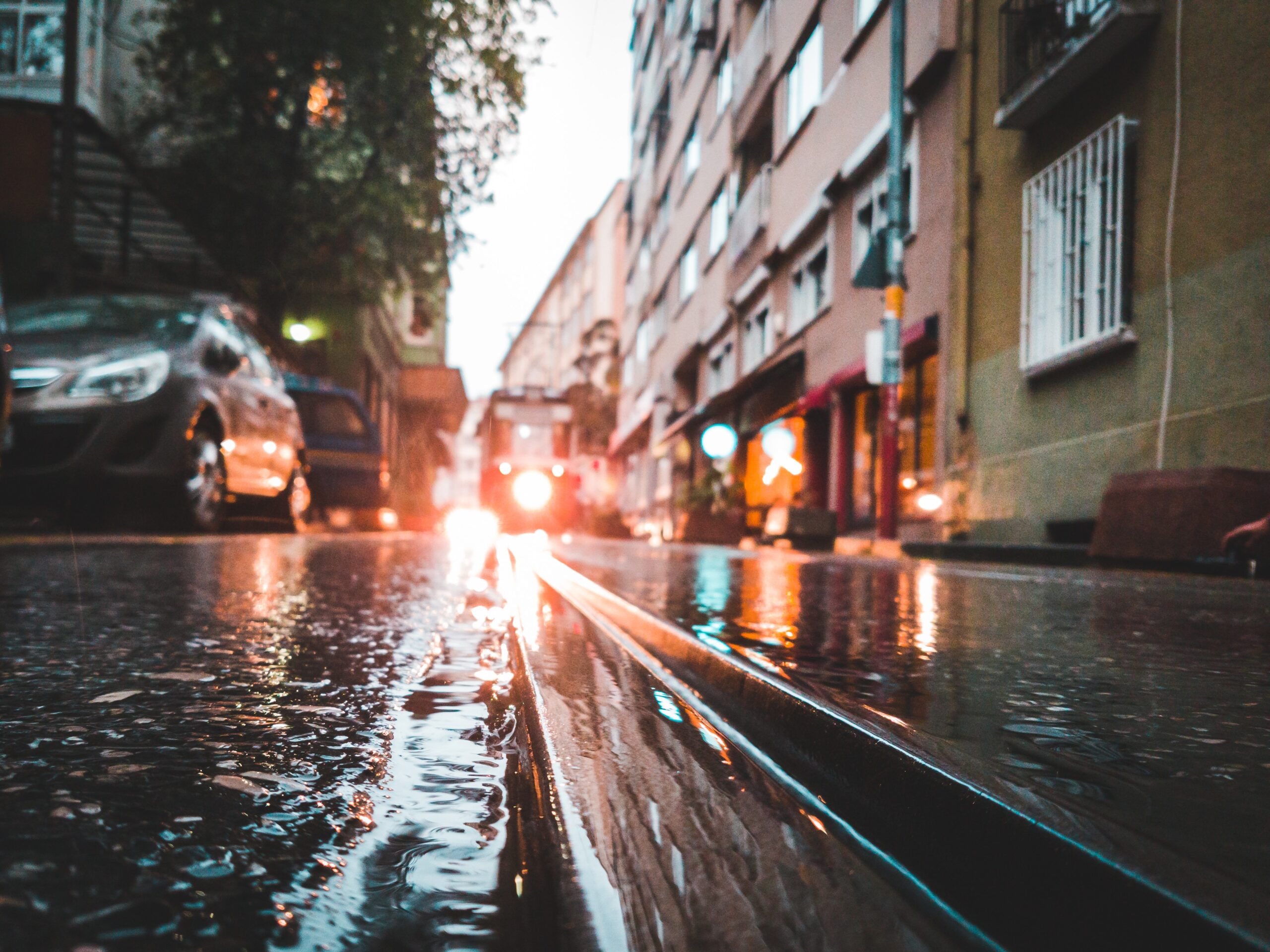 Since 2017, in the Netherlands the standards for primary flood defences have been formulated as flood probabilities. The transition to this approach is in full swing and in this article we show what substantial improvements can be made. These improvements were immediately tested in practice, which showed that in the cases studied reductions of a factor of 2 to even 100 in the calculated probabilities of flooding were possible.

Since 2017, in the Netherlands the government has been working with new legal standards for the primary water defences: river dikes, sea dikes and dunes. The transition phase from the old to the new system is still ongoing. However, the estimated failure probabilities sometimes turn out to be clearly too high, and plans for dike heightening unnecessarily drastic. In this article, we look for ways to allow for more realistic flood probabilities. This allows for better design of flood defences.

The new system for the periodic assessment and reinforcement of primary flood defences is based on a risk approach. Scenarios are used to estimate the probability and consequences of several potential floods. Uncertainty is essential: both the strength and load of flood defences and the consequences of flooding are uncertain. The legislator has decided not to incorporate the risk method in its entirety into the Water Act, but to include maximum permissible flood probabilities for primary flood defences. However, this is based on the risk approach: where the consequences are significant, the requirements are also more stringent. An levee assessment instrument (in Dutch: ‘Wettelijk Beoordelingsinstrumentarium, WBI’) is available to support the watermanagers who maintain these levees. However, the content and application of this toolkit still contains many challenges (NWO Domain Science (ENW), 2020).

The central question in this article is how the estimation of flood probabilities can be improved, and what this means in practice for the assessment and design of flood defences. We focus on 5 selected themes: ‘the BIG5’. Based on a rough list of possible improvements, experts from various disciplines (risk methodology, hydraulics and geotechnics) determined the BIG5 topics: application of fragility curves, tightening of the failure definition for piping, time dependency for revetments and macro-stability, model uncertainties and the length effect.

The selection of BIG5-topics is based on experiences with the WBI and expertise about the underlying data and models. In the development of concrete cases, we have worked closely with water boards. A full overview of the study design can be found at https://mangrove.hkvservices.nl/big5/.

Figure 1. Fragility Curves describe the failure probability of a flood defence as a function of water level. The probability contribution of different classes of water levels can be compared with measurements, knowledge and experience and adjusted accordingly.

The current WBI toolbox is largely based on a semi-probabilistic approach. This means that assessments and designs are based on one carefully chosen combination of water level and wave height. The idea is to make the approach more simple but this has two disadvantages. Firstly, ENW (2019) noted that this approach does not provide a handle for the manager if the outcome is unrealistic. Secondly, the manager has no insight into the behaviour of the flood defence at different water levels, while that is essential for crisis management, for example. Working with fragility curves offers a solution for both disadvantages, especially when the calculated failure probabilities are relatively high.

Fragility Curves describe the probability of failure of a flood defence as a function of water level (Figure 1). It is relatively easy to create and adjust Fragility Curves (Kanning and Schweckendieck, 2017). The result is a better understanding of the failure probability and a practical tool to contribute managerial knowledge and verify model results in an unambiguous manner. This may lead to a sharpening (and understanding) of the schematization of flood defences and the judgement. In time, other loads besides water levels may be included in a multidimensional Fragility Curve.

In the current system, the calculated failure probability for a failure mechanism is not equal to the flood probability. There is therefore ‘gap’ between the applied definition of failure (on which the failure probability is calculated) and the occurrence of a breach in a levee which starts a flood, this is called ‘residual strength’. In the case study ‘Failure definition for piping’ it was investigated how this residual strength can be interpreted and included.

By adjusting the WBI definition of failure in this respect, the calculated failure probability becomes more realistic. With probabilistic analyses, the various sub-mechanisms of piping (bursting, heave, recurrent erosion) can be described in conjunction, which does more justice to the physical processes. The failure probability can then be determined at different load times, by taking into account the response and pipe growth. Thus, the ‘educated guess’ that piping is less relevant with short loads can be taken into account as well.

The recommendation for dike managers is therefore to extend the current WBI failure definition of piping to include time dependency, and to make an informed choice as to which sub-mechanisms are to be quantified. Much is already known about this. This advice also applies Rijkswaterstaat (RWS, the national agency for public works and water management), which plays an important role in disseminating the existing knowledge.

Macro-stability concerns the danger of shearing off large parts of a dike along shear planes. Unrealistically high failure probabilities for macro-stability are the result of conservative choices in the geohydrological schematization. When determining the water pressures in and under the dike, a constant water level against the dike is now assumed. This does not take into account that these water pressures need time to build up and that a high water only stands against the dike for a limited time.

In our BIG5 study, we developed a time-dependent approach. Based on a schematic representation of a water level development, we analyse how the water pressures in and under the dike react to this. This provides a more realistic picture of the water pressures.

A time-dependent approach leads in a probabilistic calculation to a lower failure probability than in the standard approach (the so-called ‘quasi-stationary analysis’). The water pressures in and under the dike are lower. However, these time-dependent analyses are still laborious and time-consuming.

The failure probabilities resulting from the assessment of grass revetment on the outer slope (failure mechanism erosion of outer slope (GEBU)) are often relatively high and not in line with the experience of the dike managers. The following simplifications are possible:

In case of an unrealistically high failure probability, the dike manager is advised to follow a probabilistic approach for water level and wave propagation, and to apply the residual strength model to include further erosion.

In the assessment and design of flood defences in the Netherlands, the model uncertainty is incorporated into the water levels, by considering it as an additional stochastic variable. The current water level frequency lines, including model uncertainty, do not always correspond to physical insights, which may lead to an unrealistic increase of standard water levels (up to 0.5 m). The corresponding exceeding risk of a given water level can therefore be more than a factor of 100 higher than without this model uncertainty. This probability factor subsequently affects the assessment of, for example, piping and macro-stability.

Secondly, it was found that while dividing larger sections into smaller ones may result in a clearer picture, it also leads to interdependence of the dike sections, which in turn overestimates the failure probability at section level. It is recommended to take into account the influence of the section size on the length effect when performing an assessment.

The significance of the BIG5 research in actual practice is threefold. Firstly, a more accurate assessment of the probability of flooding by the defence manager (in particular the water board) gives a sharper picture of water safety in the Netherlands. The cases show that flood probabilities can be reduced by a factor of up to 100.

Secondly, the safety task for a reinforcement becomes much smaller and sometimes it can even be omitted. This will result in considerable savings (billions of Euros!) in the High Water Protection Programme and less inconvenience for local residents.

And finally, the insights can be used by Rijkswaterstaat (national agency for public works and water management) to improve the assessment and design instruments in the short term.